I watch a LOT of films and TV shows and rarely review them. But not in 2020, and, well, now I have a lot of time to spare.

I’m reading more diverse books and loving them, and now I’m watching more diversely and loving them too. I usually tend to watch more Bollywood films, but I really want to watch more international films because, if I’m being honest, we just do it a whole lot better. Speaking of Bollywood, Netflix needs to add Kabhi Khushi Kabhi Ghum, Kuch Kuch Hota Hai, Kal Ho Na Ho, Ae Dil Hai Mushkil and Yeh Jawaani Hai Deewani. We’re in tough times, the first three are wholesome Bollywood classics and perfect for anyone who’s doing their own personal Intro to Bollywood. Yeh Jawaani and Ae Dil are more recent blockbusters. And wait… Hum Tum! One of the best romantic Bollywood films and it isn’t on Netflix! Goodness, get it together, Netflix (on the Bollywood front, that is). Okay, enough, let’s get straight to the films I’ve been watching recently. 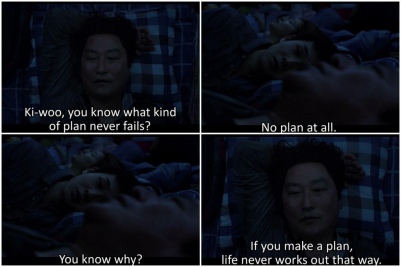 I don’t tend to watch Oscar film nominees/winners, and the last one I watched before Parasite was Get Out. But seeing all the glowing reviews and Bong Joon-Ho’s hilarious sass, I just knew this film was more tailored to a wider demographic (meaning POC). I was completely blown away and overwhelmed at the same time. That ending will leave you shattered.

Parasite is the best depiction of and commentary on capitalism I have ever watched. Rather than hammering the message into our heads of the futility of attempting to beat the system, Parasite neatly tricks us into believing that the Kim family have gotten the better of the wealthy Park family. The Kim family have to step on the toes of a number of other people to gain a position in the Park household; despite this, you’ll completely understand why they make the choices they do and sympathise with them. You may even think that the Park’s aren’t so bad, that they might actually be quite lovely, but the class divide is increasingly apparent in the comments made by Park Seo-joon. It’s a film that billionaire twitter could benefit from seeing *and comprehending*. 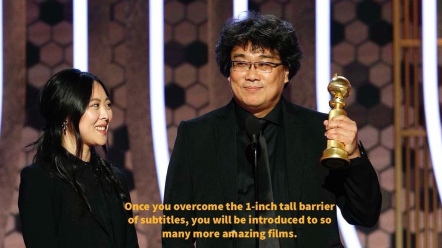 There are a lot of hold-your-breath moments that keeps you engaged. And that ending? Jam-packed with action and a rollercoaster of twists and turns and huge surprises. And a lot of grief. I didn’t see the many twists coming at the end, and I sort of felt nauseous watching it play out. There remains a sliver of hope at the end, despite, what effectively seems to be, a slim chance of realising that hope.

Recommend? Yes. Yes. Yes. This is a once-in-a-lifetime film. A worthy Oscar winner. We won’t see another quite like it. Though knowing Aamir Khan (Bollywood actor), he might try a remake one day, let’s see.

I haven’t included any spoilers, so if you have watched it already, please let me know what you thought of the ending in the comments! 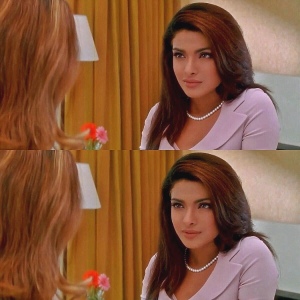 IMDB: Raj, a married man, is falsely accused of rape by his ex-girlfriend who is also his employer’s wife. This motivates him to sue her for sexual harassment despite societal pressures.

I mean, Priyanka Chopra steals the show as the villain in Aitraaz attempting to restart her relationship with her married ex-boyfriend. This film was so terrifically sensational, Sidney Sheldon would have been proud. Though I had a lot of fun with this one, it is an, inarguably, sexist film. Kareena Kapoor (Priya Saxena) and Priyanka Chopra (Mrs Sonia Roy) play characters that are a stark contrast to each other. Priya is the sweet girl-next-door, whereas, Sonia is ambitious, seductive and opportunistic, and the narrative pretty directly tells us which woman is good and which is bad. Not to take away from the fact that Sonia Roy was absolutely diabolical in the second half, but she was great fun to watch and you can’t help but admire her for her ambition, and the narrative unfairly punishes her for (very reasonably) not wanting a child at such an early stage in her career. You can tell this film was written by a man during the 2000s. (Currently, and not ever, will I be accepting “not all men” comments on my blog, if it doesn’t apply to you, keep it moving).

It breaks my heart to say it, but Priyanka Chopra, strange lone clapper, outshone both the script and Kareena Kapoor and Akshay Kumar in Aitraaz.

Recommend? It’s theatrical and exciting, but be prepared to stomach some deeply entrenched sexism. 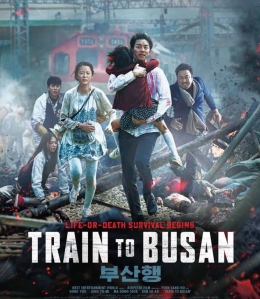 IMDB: Seok-woo and his daughter are on a train to Busan on the latter’s birthday to see his wife. However, the journey turns into a nightmare when they are trapped amidst a zombie outbreak in South Korea.

The Walking Dead, and The Road, on trains, but a whole lot better. Firstly, I have to thank Gemma @ Book Beach Bunny where I get most of my film recommendations from (she also recommended Derry Girls which I LOVED).

I’m not usually inclined to watch horror films, especially not alone, or anything to do with the zombie apocalypse because I’ve had my complete fill with The Walking Dead, mostly because it hasn’t been able to top the first few seasons since. But Train to Busan had me at the edge of my (bed)seat and made me wonder, would I be as selfish as the protagonist and only look out for me and my own? In the current pandemic, our humanity and generosity is being tested, and the message of Train to Busan runs parallel to themes of community and looking out for one another or at least learning to. But the ending? It’s so bittersweet. The message is learnt, but the price that was paid for it? I was devastated. And now I’m wondering that I need to think beyond that and reframe the situation, so, viola: the price was paid, but it was worth it.

Recommend? Yes. One of the significantly better horror films of the last few decades and compellingly relevant. It’s also a film you can watch with the family (unless you have children, then please don’t).

What other international films would you recommend? What did you think of the ending in Parasite? What are some horror films you’ve loved watching? Have you watched any Bollywood films? Are you a fan of Priyanka Chopra? And how’s everyone coping during this lockdown? Let me know in the comments!

& if you should feel so generous, why not…