I read 47, going on 48, books this year. I’m sure for a book blogger this is barely anything. But compare this to how many I read last year – I went from 17 to 47 and that’s a huge jump! Being a part-time book blogger and bookworm has encouraged me to read more. Having said that…

I would like to read fewer books next year. I don’t care to consume so many books. I’d rather take my time and savour the experience. Because reading is an experience, isn’t it? I’ve done enough philosophising (see The Reader’s Existential Crisis), so I won’t delve too deeply into this. I did read some amazing books this year, two of which became my favourite ever books…

Dr Seuss somehow managed to encapsulate the complexity and magic of the entire spectrum of the thing that is life in one small children’s book. That is no easy feat. It can take literary heavyweights over 600 pages to do this and Dr Seuss managed to do it in under 44 pages. It’s no wonder that it is such a hit for graduation speeches, it’s a perfect send-off to real life.

If you’re wandering, lost, confused, waiting, anxious, then this magical children’s book is for you. For me, this book is my go-to pick-me-up.

Anne Frank’s diary was written in the attic Anne and her family hid in from the Nazi’s in Amsterdam. I know, I know not a lot happens in the book, but that’s the point, that was the life of many Jewish people during the Holocaust. We get glimpses of their fears and their frustrations being penned up and restricted from the outside world. They are restricted. It’s in this restriction that Anne is forced to become more in touch with her repressed emotions, desires and thoughts and I strongly resonated with Anne. It’s gut-wrenching when you realise that Anne died just two weeks before the concentration camp was liberated. When you read this book and you see how strongly Anne felt about her ambitions, how she put great care into planning her future, it will break your heart. 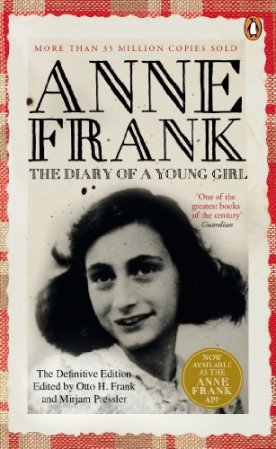 I read and finished the entire series this year. I was enjoying it so much that I immediately went to grab a copy of the latest book that released late this year! I haven’t done that since Harry Potter. Speaking of which, I much prefer this series to Harry Potter (I’ve finally become disillusioned). Wimpy Kid is just good fun, very silly, very immature and very goofy. Just how I like it!

Warning: Greg can be a total jerk, so if you’re looking for a heroic hero, you’ve got the wrong kid. I mean, the giveaway is in the title really… it is ‘wimpy’ kid, after all. Read it with a pinch of salt. 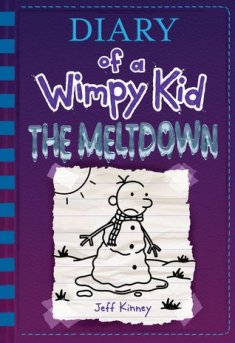 The Kingmaker’s Daughter and The White Queen were a bit all over the place. The mini-series was eye-opening, and it became increasingly better as the episodes progressed. While watching the show though, I was far more interested in Margaret Beaufort’s story, so when I finally read The Red Queen, I was happy to find that it lived up to my expectations! The final third of the book wasn’t as exciting as the mini-series which did a much better job in including all the suspenseful action and fight for the throne.

Margaret Beaufort was the mother of the Tudor dynasty. Gregory paints her as complex, driven, ambitious and deeply religious. Margaret Beaufort is simply fascinating. It appears that she engineered the dynasty and sought her final marriage to regain political power and influence to reassert House Lancaster back onto the throne and as a key political powerhouse. Margaret Beaufort is not likeable, she’s incredibly frustrating, you may possibly hate her, but, my goodness, I was awe-struck by her steely determination and resilience. 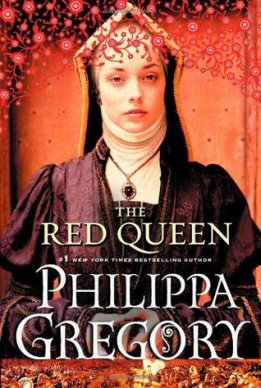 The War of the Roses is said to be the inspiration for Game of Thrones and I can see significant parallels, although Martin does draw inspiration from multiple characters for single characters and vice versa e.g. Jaime Lannister and Tyrion Lannister: two halves of Sir Anthony Woodville, brother of Queen Elizabeth Woodville who, I believe, is the inspiration for Cersei Lannister (and Margaret of Anjou), and the three York brothers are the three Baratheon brothers. I always thought House York = House Stark and House Lancaster = Lannister, and I can safely confirm that this is total bull. House Lancaster = Targaryen, House York = Baratheon. Yep. In that case, I have some theories as to who will end up on the throne, but I don’t know how faithfully Martin will follow history if at all. Also, I have a wild (emphasis) feeling that Jon Snow is basically Jesus.

A collection of short stories, plays, and poetry written by British Muslim women. The amount of times I said YAS in this book is insane. There are some stories in this book that I think many women would relate to, but I’m glad this focuses on the Muslim experience. Kamila Shamsie’s The Girl Next Door is arguably the best short story I have ever read. I was dumbfounded and humbled. Humbled. You know how I was talking about understanding that not everyone can be brave and righteous out loud? Yeah, I’m also referring to how judgemental I, myself, can be. This short story reminded me to remember that I’m not exactly perfect either, so I better get off my damn high horse.

Easily my favourite Jane Austen novel. This is Jane Austen’s most perfect novel in its characterisation and plot, everything ties together perfectly, it’s a blemish-free book. Emma is not likeable, but she grows to become likeable, sees the error of her ways and actively works to amend her wrongdoings. That is a level of maturity that is difficult to achieve. Not everyone can self-reflect and self-reflect accurately, but Emma does. It helps that Mr Knightley is perfection and has ruined men for me. I mean, if he’s not Mr Knightley, he’s simply not worth it.

Side note (and unpopular opinion): Pride and Prejudice is seriously over-rated. Elizabeth is relatable, but the writing in P & P was drab and while the Keira Knightley adaptation was good, the romance didn’t make any sense to me. “Oh my God, I was wrong about you, so now I love you. Oh my God, you’re smart, I love you.” Emma and Mr Knightley were friends first, they’ve known each other long enough to actually really know each other, not that Elizabeth and Darcy cannot, but my intuition tells me their romance doesn’t make sense. I just don’t see it, and plus, it’s a little boring.

I’m not the biggest fan of YA. YA Fantasy I do enjoy. But the writing in YA tends to illicit dramatic sighs and scowls on my part. This didn’t at all. This book is absolutely outstanding. One of the most relevant books of our time. I’m not going to say any more as I’ve already written a book review on this YA masterpiece and it’s one of my most favourite reviews I’ve written.

Dr Seuss was a genius.

Beautiful and heart-breaking. The story of Dodola and Zam is precious and I need to make it a mission to read more graphic novels and, more importantly, graphic novels like this. Also, I loved how the novel echoes and intertwines the similarities between Christianity and Islam.

This is the kind of poetry book that possesses a special piece for everyone. I actually learnt a lot from this enlightening collection as well. Highly recommended for poetry lovers!

Have you read any of the books from my top ten books of 2018 and what are your thoughts on them? What are some of your favourite reads of this year? Did you achieve your reading goals, or do you not believe in having them? Let me know in the comments!