The awesome TheWebWeavers have tagged me for this super creative tag. Make sure to check out TWW take, its wonderfully whimsical. Although, I had a plan all set and ready, I am mostly going to freestyle this so get ready for some helter-skelter storytelling. I actually ended up changing what I was going to write about but, again, major, major thanks to TheWebWeavers because I became fully absorbed when I wrote this. This has been ridiculously stimulating and great fun, so thank you for this. 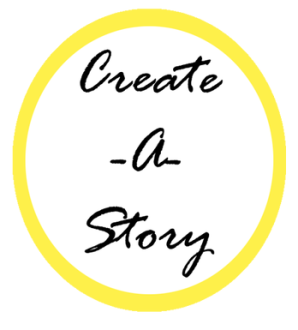 My Combination: Fire, School and Drama (From Slice of Life)

Fire raged in my heart.

For the past month or so, Sharmin and I had become very close. This was especially interesting and surprising to everyone and very much considered to be an unlikely pairing. Sharmin wasn’t the most popular student at Poplar School for Girls. In fact, many disapproved of her rebellious nature and sudden bursts of violence.

Last year, during break, she had a tumultuous row with Seema. Nobody in our form class had any clue as to how it even started. I’m not sure even Seema and Sharmin remembered what caused it either. The very few, including myself, who were subjected to the viewing of this row watched in horror as the row got heated and voices were raised. Personally, I wish I had something to snack on because I was quite enjoying this drama unravel as I am apt to do. I remember seeing Sharmin throw a chair at Seema and Nazmin, Seema’s friend, yelling “the Russians are coming!” right before she set off the fire alarm. I suppose this was her way of alerting the proper authorities. I want to clarify that Seema was not hurt as the chair narrowly missed her. I didn’t know whether to be terrified or impressed that Sharmin could lift the swivel chair. At that point in time, I wasn’t a fan of either of them and had no moral scruples about whether I should intervene or not. To put it quite simply, I didn’t care.

I, on the other hand, was quite popular thus the “unlikely pairing.” Sharmin and I grew close because of Drama classes. As Drama students from my form class had formed a clique, it also extended to the inclusion of Sharmin. She was prone to whingeing which annoyed me at first being quite an optimistic person myself but despite this, I had found that she was quite fun and open.

In the course of getting close, I had divulged information about my family much of it were clear and distressing problems and also very clearly private and confidential information. My best friend Anisa, who was another Drama student, informed me that Sharmin had shared my familial worries and her disgust of my problems to Anisa. I was fuming. I was not going to take this lightly.

Sharmin and I were in the same class for Religious Studies and since the blossoming of our now deteriorated friendship we had always sat next to each other. I knew before I even entered the classroom that all hell would break loose.

I eyed Sharmin carefully and contemptuously waiting to pounce on her. Her round, watery eyes, pitted cheeks and down-turned mouth gave her a perpetually sour appearance and in turn, resulted in my smug expression. She had opened her textbook and held her pen at the ready. I hadn’t opened mine yet, it was not my present concern. I continued to stare at her and ignored the ramblings of my teacher, Ms Bird.

As the class got noisier, I found the perfect in to begin this confrontation.

“Sharmin, I hear you’ve been gossiping about me to my friends,” I began, getting right to the point. She glanced up then down immediately, her mouth already forming a hard line.

“What do you mean?” She answered calmly. Barely any hesitation. I noticed that. I did not like that.

“You told my best friend about my family problems, didn’t you?” I said, my voice both caressing and seething. She looked directly at me, her eyes bulging. A fire had begun blazing in her eyes too.

“Well, it’s not my fault that your family problems are disgusting,” she roared. Everyone turned their heads, and all was quiet on the western front. I knew she had done this to embarrass me and get me to stop. It would not. I had not done anything wrong. “Your parents are disgusting. How sick must it be to have parents like that? Like, who has parents like that?”

“Shut the fuck up, you fucking bitch,” I stood suddenly and yelled at her, my face scrunching hard. I had nothing to be embarrassed about, I repeated to myself.

Her face lifted in defiance. Squeezing her pen as if it was a lightning bolt, she threw it at my face and the lead struck my chin. Now it was my turn to lift my face in defiance. I took a deep breath and my hand went to my chin already feeling the effects on my sensitive skin. Barely thinking, I lifted my Religious Studies textbook, a heavy hardcover, tome of a book, and threw it directly at her face and finished with a gleeful grin so she could savour in its glory.

She held her face, her watery eyes had formed droplets of tears, but I felt no remorse. Everybody watched with bated breath and my deeply religious teacher stood agape, one hand gripping her desk and the other clutching her chest. Before Ms Bird could even do anything, anything to intervene,  Sharmin swiftly grabbed my bag and exited the classroom.

I loved my bag. It was made of faux silver leather and had a matching silver, checked glitter bow. It was outlandish and bold just like me which prompted me to head forward like a raging bull and storm after Sharmin. I saw her enter our empty form class two doors across from Religious Studies. She stood across the room when I entered. With one eyebrow raised, a dirty, malicious smirk plastered on her face she opened the mouth of my bag which was full to the brim with textbooks, random junk, my purse, and pencil case.

Sharmin stealthily walked around the class, her eyes pierced on me and began emptying the contents of my bag around the classroom. I tried to pick them up like a crazed animal all the while knowing I wouldn’t be able to.

“You’re fucking insane,” I shouted at her through gritted teeth. “No wonder nobody fucking likes you, you fucking piece of shit.”

A few students from Religious Studies had trickled into the classroom alongside Ms Bird. I knew Ms Bird wasn’t capable of dealing with this maniac, she would be too tame. Sharmin required someone stern.

I stormed off to my form tutor frustrated that I would have to resort to snitching.

Denny, Em, Emily because I know you guys enjoy writing flash fiction and will spin something incredible from this challenge.

I hope you guys enjoyed this. This is based on a true story and happened during my school years (High School for non-UK bloggers) and I guess everyone will be shocked because for some odd reason, I’ve garnered a “Oh, isn’t she sweet?” rep. That was not the tale back during my school years, I was the total opposite.

Let me know what you guys think!

-Let’s talk all things books on Goodreads
-Talk politics, books, TV shows, blogs and life with me on Twitter