Ah, the wizarding world. You may not have given me a character I can fully relate to but you certainly gave me characters that I love and have crushes on (so many!). Perhaps, if I had to pick a mixture of characters I relate to it would be Tonks, Harry, Fred & George (where’s my prank twin soul?), Tonks, Dumbledore (hey, I don’t always agree with him but we both share the quirky gene-pool) and Luna. If I had to narrow it down, then probably a combination of Luna and Tonks with Harry’s sass (I cannot shut up when I believe in something). Nonetheless, there are many characters that are wonderfully swoon worthy and, most importantly, courageous.

A huge thanks and lots of claps are in order for Weird Zeal for creating this. Though I’m only doing the days I want to, no disrespect, because I have over 50 more post ideas I need to get around to doing. I just had to do this one though! As you go through the list, everyone after Neville is almost on equal footing. He is undoubtedly my favourite, and the rest are in no particular order.

Neville was always brave in my opinion. He stood up against his friends in the the first book and then progressed to standing up against Voldemort in the final book. Neville is almost flawless in my eyes. He is brave, kind and loyal and also my imaginary boyfriend. Nobody embodies the Gryffindor spirit to me more than Neville Longbottom. The actor himself starred in an episode of Impractical Jokers so even more bonus points. Neville, we love you. 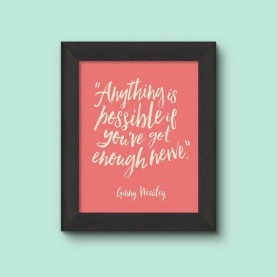 Brave, funny, kind, smart and sporty. Ah, I have the hugest crush on book Ginny. Utterly gutted that they massacred her character in the films. “Open up, you?” Tying his shoelaces as if she is Daijaan from Kabhi Khushi Khabi Ghum? No, you did Ginny dirty. *moving on* Ginny is considered as a Mary Sue character but most characters outside the trio were under-developed but it doesn’t mean we can’t love them any less, does it? As to the Mary Sue aspect, that’s clearly not the case. Ginny was unkind to Luna at first, referring to Luna as Loony Lovegood. She has a hot temper. But she learns from her mistakes. She stands up for Luna towards the final books, and to Harry when she needs to, but the best thing about Ginny? She is funny and fun! Come on, why would I not want to hang out with Ginny? We could even play sports together! Yes, Team Ginny. 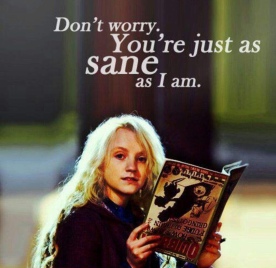 As the years have progressed, my love for Luna has grown. She’s “wonderfully weird” and unabashedly herself. Insightful, kind, tolerant, non-judgemental and fantastically brave. She shows a clear perception and maturity of understanding towards many characters be it Harry, Ollivander, Ron and even Hermione who, lets be honest, was a bitch to her (er, Hermione, you do realise having a difference of opinion doesn’t mean that the view is harmful, right?). Luna is relatable for me, especially, because she thinks outside the box. She understands not everything needs to be “proven” for an idea to be sound. Luna does not give up on her ideals or change herself. Despite being bullied, she demonstrates immense empathy, shrugs it off and continues being herself. Finally, she is a wonderful Quidditch commentator, so wonderful that she is the biggest reason as to why The Half-Blood Prince is my favourite of the series. Bow down to Queen Luna. If you ever meet me, you’ll notice almost immediately how strange I am, nonetheless I still have frequent moments of crippling self-doubt so I aspire to be as confidently weird as Luna. You are an inspiration!

There’s no way to say this really… but okay. I have a huge crush on Cedric. Yes, even film Cedric and it didn’t go downhill for me when Robert Pattinson starred as Edward Cullen (pass me the bucket). Cedric is athletic, kind (remember when he returns the favour to Harry during the Triwizard Tournament?), and thoughtful (both Harry and Cedric took first place together). And sure, he’s barely a character, but when you get the feels, you get the feels. There’s no explaining it. I just like him a lot.

Jeez, I always have to google how to spell McGonagall. Anyway, if I could pick one of two kinds of teachers I could have, one would definitely be Minerva (the other is below). She just exudes badassery. So self-assured and sassy, I am always in such awe of her. I have had the great fortune of having teachers like Minerva in the past, and though for some reason I always found it hard to get along with female teachers because I was always a bit too rebellious for them, I’ve always got along wonderfully with the Minerva’s of the world. I don’t know why but it’s just always felt natural. They accept and appreciate me for who I am even when I don’t always accept myself. I love the Minerva’s of the world and they love me and what amazing people to be loved by. Yay for me! 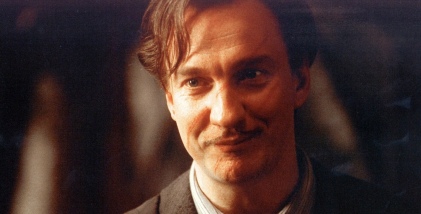 Well, I mean, obviously, right? David Thewlis is exactly how I imagined Lupin to be like. Mature, insightful, understanding, intelligent, generous, sees the best in everyone (except for himself) and kind. I really fell in love with Lupin during his lessons with Harry, he is a superb teacher. There’s just something about Lupin that you just know that if you were to spend time with him, you’d feel completely calm. He radiates warmth and has a steadying presence, so warm that I can feel the love pouring out from his words. Plus, he always had chocolate on him. I’m telling you, Lupin had his priorities sorted out. I know I love Neville, but I know deep down that Lupin is probably the character who is most right for me. Hugs all round for Remus Lupin *sobs* 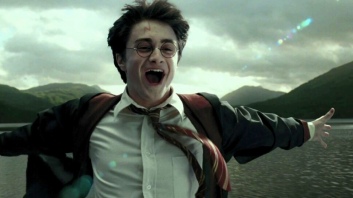 Yes, he is the only one of the trio to enter my list. I really want to add Dobby to the list so everyone just remember that Dobby is in this list in spirit. Well, literally in spirit, anyway. I would have loved to add Lily Potter as well. I am so sick and tired of people saying that Hermione could have completed the quest for the Hallows all by herself. No, she couldn’t have. Hermione is not flawless, for God’s sake, she is not flawless. Harry is a leader, he sacrificed himself for the greater good, even though he deserved love he never felt like he was owed love and always strived to ensure that he wasn’t being a burden to anyone and he even saved Draco when he didn’t have to when Draco was ready to hand him over to Voldemort. He’s done incredibly well for someone who grew up with the Dursley’s. Harry may not be book-smart like Hermione, but he has excellent intuition which, yes, isn’t always correct, but it is right when it actually counts. Even Dumbledore counted on Hermione to slow him down even though Harry was right which shows you Dumbledore knew that Hermione is limited when it comes to anything that doesn’t exist in a friggin’ textbook. Also, why is it that Hermione fans just dismiss you just because you don’t relate to Hermione? If I don’t relate to her, I don’t relate to her. All you are doing is further validating why, perhaps, I should dislike Hermione. Is this not Hermione dismissing Luna and mocking her for daring to believe something different which won’t actually harm anyone? Sophia is a free elf! Short rant over. Anyway, returning to my point, Harry is fun, funny, hella sassy, brave and kind!

If you also love Harry Potter, please tag yourself as I’ve only tagged book bloggers because I know they’ll have definitely read and/or watched the series.

What about you? Who are your favourite Harry Potter characters? Do you agree/disagree with my list? Which characters would you have loved to learn more about? Readers, be a free elf and leave some fearless comments and opinions!

-Talk politics, books, TV shows, blogs and life with me on Twitter