Why so serious, books? Humour is usually a bonus in a book and I wish it was an essential part instead. I wish more books made me laugh without having to seek it in non-fiction instead. Take note authors, sprinkle some laughs, we don’t have to make seriousville a permanent residence. Let’s spread some good cheer!

The first book that came to mind when I thought about books that made me laugh was Anne of Green Gables. This book had me laughing throughout! Anne has a vivid imagination and when you add a lack of filter to this trait, it makes for an excellent recipe for laughter. Anne praying and requesting God to, please, make her pretty, Anne smashing a slate on Gilbert’s head in school after he called her “carrots” and Anne accidentally getting Diana drunk on what she believed to be cranberry juice are just one of the many notable hilarious moments in this book.

The Asterix and Obelix Series by Rene Goscinny

I grew up reading this comic series and I remember that I often left the library with one of these bad boys. This series made me laugh and took me on adventures. The jokes are as light-hearted and silly as the series, with Asterix concocting shrewd ideas and plans and the lovely Obelix following along and offering his superhuman strength when needed.

Anne Frank: The Diary of a Young Girl by Anne Frank 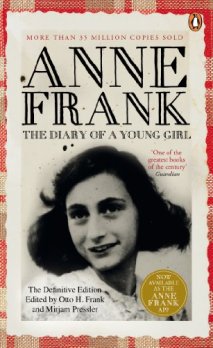 I know that I’m still reading this book but, so far, I can’t tell you the amount of times I’ve laughed because of Peter’s antics, almost every passage concerning him has me chuckling. Anne and Peter so far share a non-existent relationship. One moment that stands out is Anne believing Peter must give up his bed for her because she gave him an apple. An entire bed for an apple, you know. Oh, Anne and Peter.

Oh, Catherine, Catherine, Catherine! She is, by far, one of the funniest heroines I’ve ever had the privilege to read about. She is so enamoured by Gothic novels allowing her fantasies to take to flight even if the conclusions she jumps to – such as believing the General murdered his wife – are a little extreme. Naïve and a little gullible, she matures to an insightful and ever good-natured woman by the end. Forget reading this book for the romance, even though the romance is good, read this novel for Catherine Morland!

The Impossible Fortress by Jason Rekulak 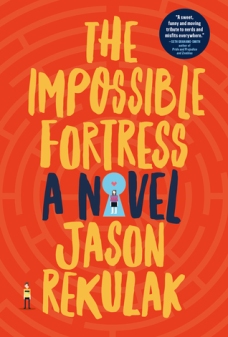 The elaborate plan for the heist, the several misadventures and the charmingly naive and endearing characters, everything about this was good fun and there was a lot of laughter on my end throughout this book. During one point in the book, the three male teens pretend to be businessmen shopping for office supplies and with their lack of knowledge about businessmen’s needs, they end up buying a lot of rubbish that would not be used in an office. Hats off to Jason Rekulak! After a series of disappointments in reading YA and the dumb-ass, short-ass POV’s, this is one that I can look back on without any regrets. I loved everything about this book from start to finish. 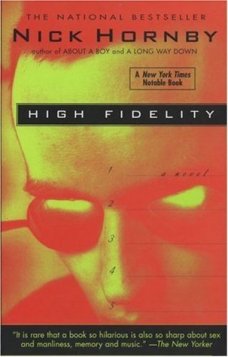 Rob Gordon and his list to explain why his recent break-up with Laura is not as important and heart-breaking as his previous break-ups are amusingly incredulous. The list, where he talks about those previous relationships which were pretty much disasters (all of them) shows his clear lack of self-awareness, will have you screaming internally at his stupidity. His constant list-making to demonstrate his musical knowledge and feigning the cool guy, I’m-so-blasé-about-your-interest-in-me, will have you face-palming hard and laughing away.

Harry Potter and the Half-Blood Prince by J. K. Rowling

This is my favourite book from the series, aaaahhhhhhhhhhhhhhhhhhhhhhh and you know why? They were happy! They were so happy until that horrible ending but before all that, you get to see what kind of life the trio, and actually the entire school, would have had if Voldy would have been content with just dying naturally and having less power. The part that had me laughing out loud was sadly omitted from the film and I was so annoyed, like why? It was the best Harry Potter moment ever. You know what I’m talking about, right? Luna’s quidditch commentary. Girl, yeah, fine, be a Magizoologist but please, can you grace the wizarding world with your Quidditch commentary too? Luna, I am not surprised that you are an Aquarius either! And who do us Gemini’s get? Draco Malfoy. Honestly, I feel like the Weasley twins should have been Gemini’s.

Six of Crows by Leigh Bardugo

Before I begin, I am inserting an unpopular opinion… the backstories didn’t need to be that long. They’re great but the length of the backstories prevented Bardugo from showing instead of telling. I hope Crooked Kingdom isn’t too heavy on backstories, I feel like I know the characters at least enough by now. Anyway, moving on. I was surprised to find that this book was seriously funny! This is not something you usually find in YA Fantasy. All the characters were capable of humour in their own ways. The funniest of the six were definitely Nina and Jesper. 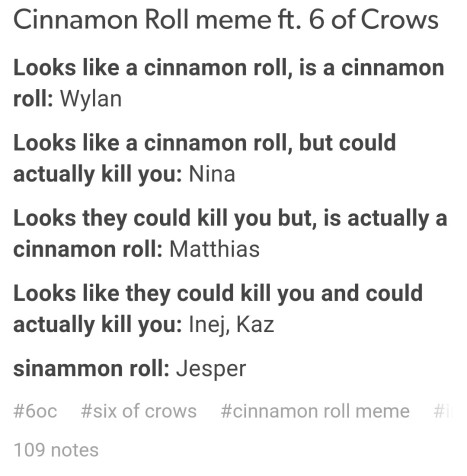 Stanley Yenlats is one of the unluckiest characters I’ve ever had both the fortune and misfortune to come across in literature and ironically, this is what made this book such an entertaining read!

The Importance of Being Earnest by Oscar Wilde 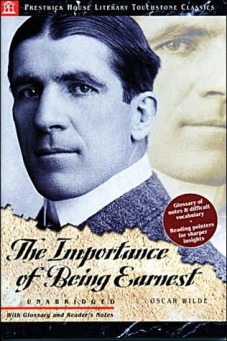 Miscommunications and misunderstandings galore! I laughed out loud and long with this book… I was so surprised and pleased to discover how funny, goofy and witty Oscar Wilde was. If you are looking to venture into reading plays, I strongly recommend this!

Did any of these books make you laugh? Tell me about a book that made you laugh that’s not on this list and get recommending!

If you enjoyed this, feel free to do it and make sure to link back so I can see it.