I’m happy to say that I’ve gradually worked my way and balanced books on my actual bookshelf and books that I instantly want to read (because of the previews on Goodreads). I don’t intend on keeping some of these books forever as I do want to donate to a second-hand store or gift it to friends and family but the ones I do love have earned a permanent place on my bookshelf. But here are the remaining books on my actual shelf and let’s see, judging from the synopsis provided by Goodreads (you can add to Goodreads TBR via the link provided in the title), if it’s a yay or nay or unsure from me.

The Things I Would Tell You: British Muslim Women Write by Sabrina Mahfouz 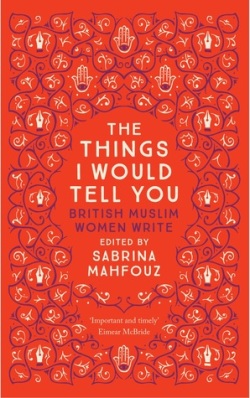 From established literary heavyweights to emerging spoken word artists, the writers in this ground-breaking collection blow away the narrow image of the ‘Muslim Woman’.

Hear from users of Islamic Tinder, a disenchanted Maulana working as a TV chat show host and a plastic surgeon blackmailed by MI6. Follow the career of an actress with Middle-Eastern heritage whose dreams of playing a ghostbuster spiral into repeat castings as a jihadi bride. Among stories of honour killings and ill-fated love in besieged locations, we also find heart-warming connections and powerful challenges to the status quo.

From Algiers to Brighton, these stories transcend time and place revealing just how varied the search for belonging can be.

Verdict: Major yay! I actually went to the Waterstones event which promoted the book launch and thoroughly enjoyed it and purchased the book during the event. We were treated to spoken word performances and a Q&A as well! As a British Muslim woman, I’m so excited to see a diverse and varied representation of Muslim women. Really excited to read this collection.

A Little History of Philosophy by Nigel Warburton 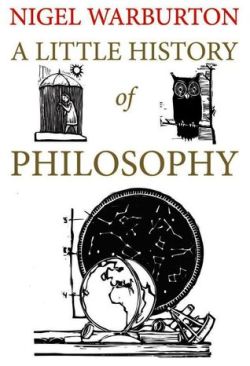 Philosophy begins with questions about the nature of reality and how we should live. These were the concerns of Socrates, who spent his days in the ancient Athenian marketplace asking awkward questions, disconcerting the people he met by showing them how little they genuinely understood. This engaging book introduces the great thinkers in Western philosophy and explores their most compelling ideas about the world and how best to live in it.

In forty brief chapters, Nigel Warburton guides us on a chronological tour of the major ideas in the history of philosophy. He provides interesting and often quirky stories of the lives and deaths of thought-provoking philosophers from Socrates, who chose to die by hemlock poisoning rather than live on without the freedom to think for himself, to Peter Singer, who asks the disquieting philosophical and ethical questions that haunt our own times.

Warburton not only makes philosophy accessible, he offers inspiration to think, argue, reason, and ask in the tradition of Socrates. A Little History of Philosophy presents the grand sweep of humanity’s search for philosophical understanding and invites all to join in the discussion.

Verdict: All the yay’s! Another book I purchased whilst attending a Waterstones event where speakers roasted Wuthering Heights. I did read the first few pages because the first chapter is on Socrates and I am ready to read all things Socrates (a man after my own mind) and I loved it. So, I can’t wait to read the rest of it!

Elizabeth, the Queen by Alison Weir 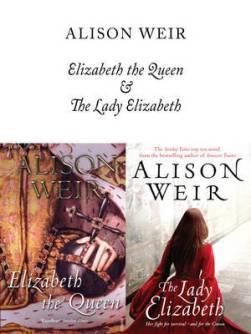 This book begins as the young Elizabeth ascends the throne in the wake of her sister Mary’s disastrous reign. Elizabeth is portrayed as both a woman and a queen, an extraordinary phenomenon in a patriarchal age. Alison Weir writes of Elizabeth’s intriguing, long-standing affair with Robert Dudley, Earl of Leicester, of her dealings – sometimes comical, sometimes poignant – with her many suitors, of her rivalry with Mary, Queen of Scots, and of her bizarre relationship with the Earl of Essex, thirty years her junior.

Rich in detail, vivid and colourful, this book comes as close as we shall ever get to knowing what Elizabeth I was like as a person.

Verdict: All the yay’s! This was the other book I purchased at the same event. I am fascinated by Queen Elizabeth I and her reign (I watch and record any documentary I can find on her on TV) and I’ve been meaning to buy an Alison Weir copy because I’ve heard excellent reviews of her non-fiction work surrounding the Tudors. Also, I want to read more works on powerful and interesting female monarchs in the future.

The World According to Garp by John Irving 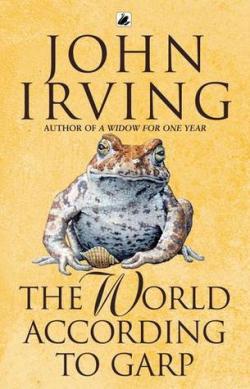 This is the life and times of T. S. Garp, the bastard son of Jenny Fields–a feminist leader ahead of her times. This is the life and death of a famous mother and her almost-famous son; theirs is a world of sexual extremes–even of sexual assassinations. It is a novel rich with “lunacy and sorrow”; yet the dark, violent events of the story do not undermine a comedy both ribald and robust. In more than thirty languages, in more than forty countries–with more than ten million copies in print–this novel provides almost cheerful, even hilarious evidence of its famous last line: “In the world according to Garp, we are all terminal cases.”

The World According to Garp is a comic and compassionate coming-of-age novel that established John Irving as one of the most imaginative writers of his generation.

Verdict: Yay. I have no idea what to expect from this, really. But I see feminist and coming-of-age (and historical, I guess?) and that combines three of my most favourite genres. I haven’t read a preview so I’m really nervous about this because I don’t want to be disappointed!

A Prayer for Owen Meany by John Irving 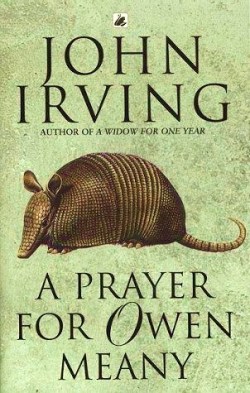 Eleven-year-old Owen Meany, playing in a Little League baseball game in Gravesend, New Hampshire, hits a foul ball and kills his best friend’s mother. Owen doesn’t believe in accidents; he believes he is God’s instrument. What happens to Owen after that 1953 foul is both extraordinary and terrifying. At moments a comic, self-deluded victim, but in the end the principal, tragic actor in a divine plan, Owen Meany is the most heartbreaking hero John Irving has yet created.

Verdict: unsure bordering on nay. This isn’t summoning my excitement although the rating of over four stars is. I’ll still read it though, I don’t want my money going to waste. 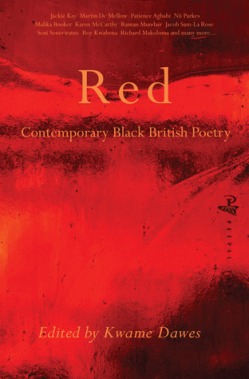 Inspired by the word “red,” this collection of poems written by black British writers—including both established authors and new, exciting poets—explores the subjects and ideas stirred by a single trigger, from the word’s usual associations with blood, violence, passion, and anger, as well as with sensuality and sexuality, to more surprising interpretations such as the link to a particular mood, the quality of light in the sky, the color of skin, and the sound of a song. This remarkable compilation succeeds in generating poems that find an intriguing resonance with each other while also revealing images and themes unique to the individual poets.

Verdict: yay! This book was gifted to me and I’m all for diverse reads and poetry as well, although, I will admit that I can be quite dense at times and have to reread to figure out various interpretations. 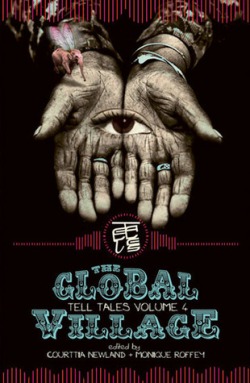 Ambitious and contemporary, this groundbreaking collection offers new short fiction by exciting, fresh talents and established authors from around the world. Covering a myriad of topics—love, sex, death, war, crime, and the environment—each tale boasts a unique perspective and voice, with settings that move from India to New York to Cyberspace. With vibrant characters—including drug smugglers, call-center workers, and tourists—each of the 26 stories tackles personal and social issues in funny, poignant, and often dark ways.

Verdict: yay to unsure. The thing about short fiction is that some will be hits and misses but I am liking the idea of different settings, cultures and a lot of variety.

I Am Pilgrim by Terry Hayes 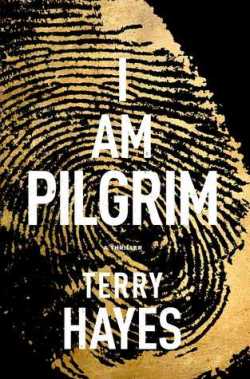 A breakneck race against time…and an implacable enemy. An anonymous young woman murdered in a run-down hotel, all identifying characteristics dissolved by acid. A father publicly beheaded in the blistering heat of a Saudi Arabian public square. A notorious Syrian biotech expert found eyeless in a Damascus junkyard. Smoldering human remains on a remote mountainside in Afghanistan. A flawless plot to commit an appalling crime against humanity. One path links them all, and only one man can make the journey. Pilgrim.’

Verdict: nay but will read nonetheless. While I was working at Waterstones, this book was heavily recommended to me by a lot of customers. Judging from that description, I clearly didn’t think at all. It sounds terrifying! I don’t know how I’m going to get through this, the description alone makes me nauseous. Note to self: it is all very well to mix and match and experiment, but a few things are well left alone.

The Three Musketeers by Alexandre Dumas 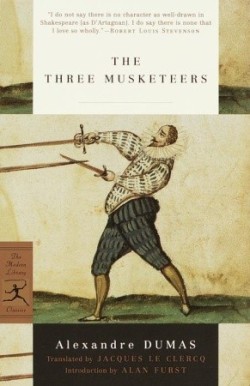 This swashbuckling epic of chivalry, honor, and derring-do, set in France during the 1620s, is richly populated with romantic heroes, unattainable heroines, kings, queens, cavaliers, and criminals in a whirl of adventure, espionage, conspiracy, murder, vengeance, love, scandal, and suspense. Dumas transforms minor historical figures into larger- than-life characters: the Comte d’Artagnan, an impetuous young man in pursuit of glory; the beguilingly evil seductress “Milady”; the powerful and devious Cardinal Richelieu; the weak King Louis XIII and his unhappy queen—and, of course, the three musketeers themselves, Athos, Porthos, and Aramis, whose motto “all for one, one for all” has come to epitomize devoted friendship. With a plot that delivers stolen diamonds, masked balls, purloined letters, and, of course, great bouts of swordplay, The Three Musketeers is eternally entertaining.

Verdict: ALL THE YAY’S! I didn’t even bother reading the synopsis properly because I know that I DEFINITELY want to read this! The Count of Monte Cristo is one of my favourite books, so I will happily read anything by Dumas. Please, I sincerely hope, that my expectations are dashed before I read the book so that I can read this book free of expectations!

Of All the Books in All the Libraries

Just three tags this time, and for the next tag there’ll be another three tags again L O L. Also, no pressure to do the tag. You do what you want to do!

These are half the books on my shelf (well, drawer) so I’ll have to do a part two… one day. Have you read any of these books or are you planning to read them? What books on your shelf are you excited to read? Do you make sure to read the books that have spent a long time unread on your shelf? Also, what are you reading right now? I’m waiting for my copy of Anne Frank: The Diary of a Young Girl to arrive! So excited to read it.

Also, I know I’ve barely been online but I wanted to take a break from blogging for a week as I was experiencing burn-out. I think I’m going to do this for the first week of every month or an alternate week in a month because I have so many other things to do and writing a post takes a lot of time because I want to ensure my content is good. And mental health is important, so take your breaks when you need it and prioritise yourself! Now that I’m back, I can’t wait to read what you’ve all been writing and for the rest of you who are studying for your exams, take breaks when you need it, your brain needs to recharge and best of luck!

Connect with me on: